From Matcha, Sushi to Ramen – what else do the Japanese have to offer? 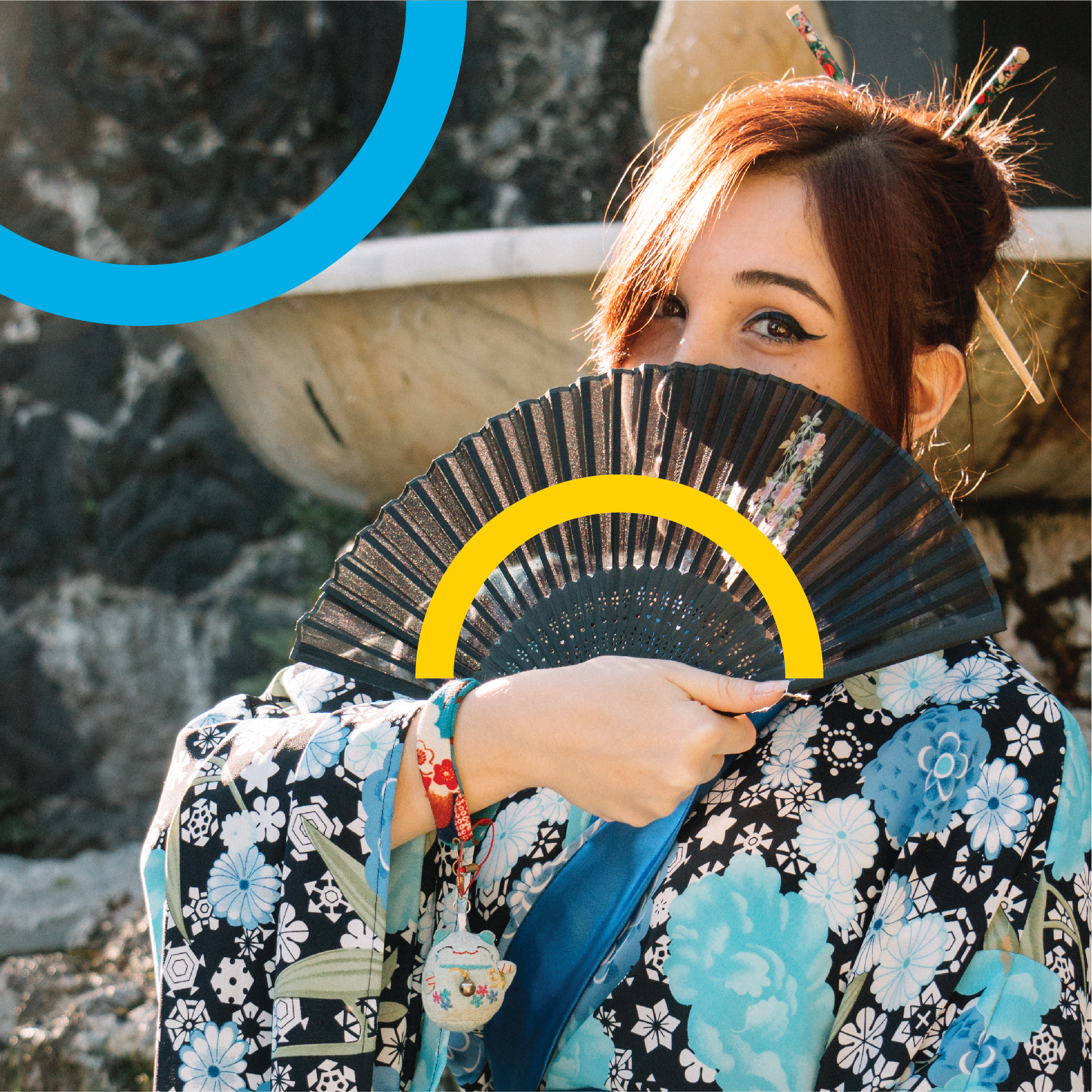 Japan boasts a number of iconic fares that let you feast your stomach and eyes on. Yet, what the country has to offer is more than raw fish and green tea. Believe it or not, the Japanese have exerted a profound impact on the English lexicon where abundant English words of Japanese origin (i.e., borrowings) are now recorded in the Oxford English Dictionary (OED). Read on to discover three of several hundred words we have borrowed from the Japanese with no intentions of giving back.

Known as an aesthetically pleasing icon of Japan, kimonos are best described as long and loose pieces of traditional clothing with wide sleeves worn by Japanese men and women. Although dating back to the Heian period (794-1185), the charms of the kimono have remained irresistible thus far and now coexist with the cutting-edge culture of contemporary Japan. However, as opposed to everyday wear, kimonos are only worn by today’s Japanese during formal occasions such as graduation ceremonies, coming-of-age ceremonies and tea ceremonies. If meticulously handcrafted by experienced makers, this quintessential garment of the Japanese can cost a great deal of money. Therefore, a kimono is usually handed down through generations. To make your first visit to Japan unforgettable, be sure to dress up in a kimono and pose a storm on the cobblestoned pathways in splendid Japanese gardens, exquisite temples or lantern-lit shrines.

While kimonos are deemed wearable masterpieces belonging to the Japanese, origami on the other hand is commonly attested as the Japanese’s medium for expressing art and learning geometry. Also originating from the Heian period (794-1185), origami is defined as the Japanese art or process of creating decorative items by folding squares of paper into shapes. Among the myriad of origami designs, origami crane is often regarded as the most classic design favoured by the Japanese. This is because cranes symbolise longevity in Japanese culture, and there is even a saying in the Japanese legend that reads ‘the one who creates a thousand origami cranes will get one wish fulfilled’. If you are keen to know more about this legend that has popularised origami cranes, check out the children’s novel titled ‘Sadako and 1,000 Paper Cranes’ written by Eleanor Coerr and have fun reading! Otherwise, get a taste of how it feels like to be an avid paper artist by diving right into practising the intricate art of origami. All you need is only a square sheet of paper.

Lastly, the Japanese term ‘wabi-sabi’ has also made it to the Oxford English Dictionary since December 2021. As opposed to an educated guess, ‘wabi-sabi’ has nothing to do with the condiment ‘wasabi’ which is served alongside Japanese cuisine. In essence, ‘wabi-sabi’ revolves around the concept of embracing and celebrating imperfections in life. Being defined as pertaining to or denoting a Japanese aesthetic or world view that emphasises finding beauty in transience, simplicity, or imperfection, wabi-sabi highlights how significant it is to practise acceptance in the Japanese culture. Having held a long-established history in traditional Japanese aesthetics since the 16th century, wabi-sabi has exerted an enduring influence on all realms of Japanese art, and it now serves as the norm for beauty in contemporary Japan. For instance, not only is wabi-sabi reflected in the renowned Japanese art of Kintsugi that mends broken potteries or ceramics by putting smithereens together using gold or lacquer, it is also mirrored in the items sold by the minimalist retail company in Japan named Muji.

Have you ever gotten a chance to dress up in a kimono, practise origami or see for yourself the charm of wabi-sabi in life? Immerse yourself in the Japanese culture by working or studying in Japan. With an internationally recognised Cambridge English Qualification in hand, you can always go the extra mile and thrive in life regardless of where you are. Call / WhatsApp us on 010-395 3067 or email: info@ilti.edu.my now to learn English and get accredited at ILTI. Here is where brilliance begins.