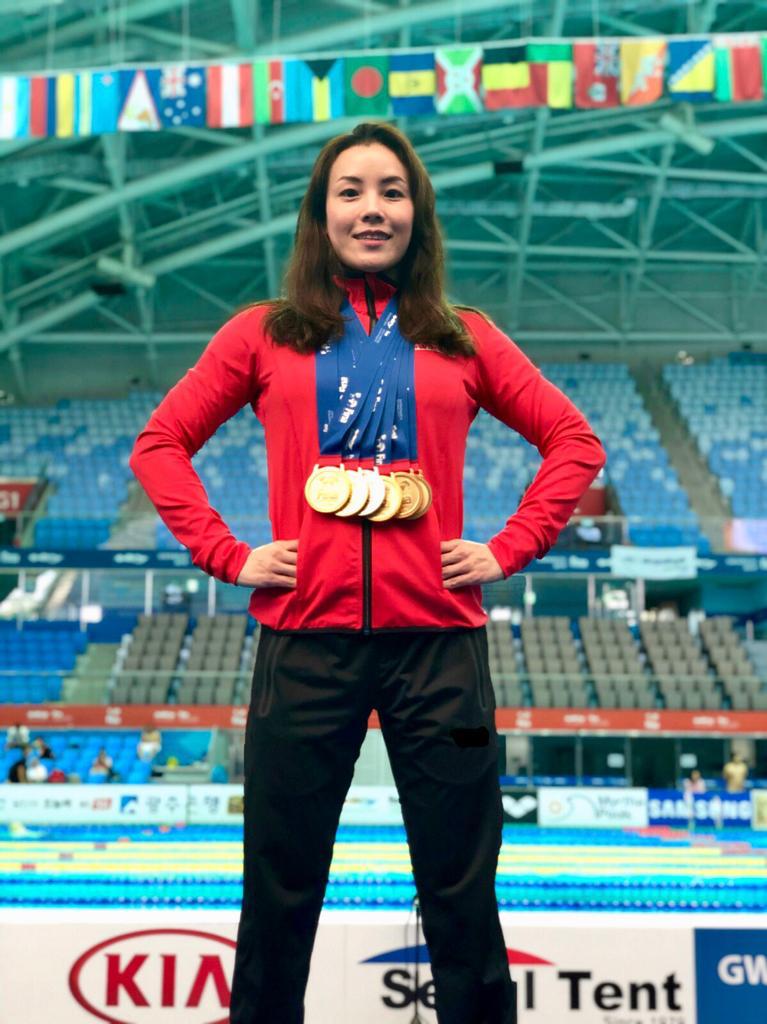 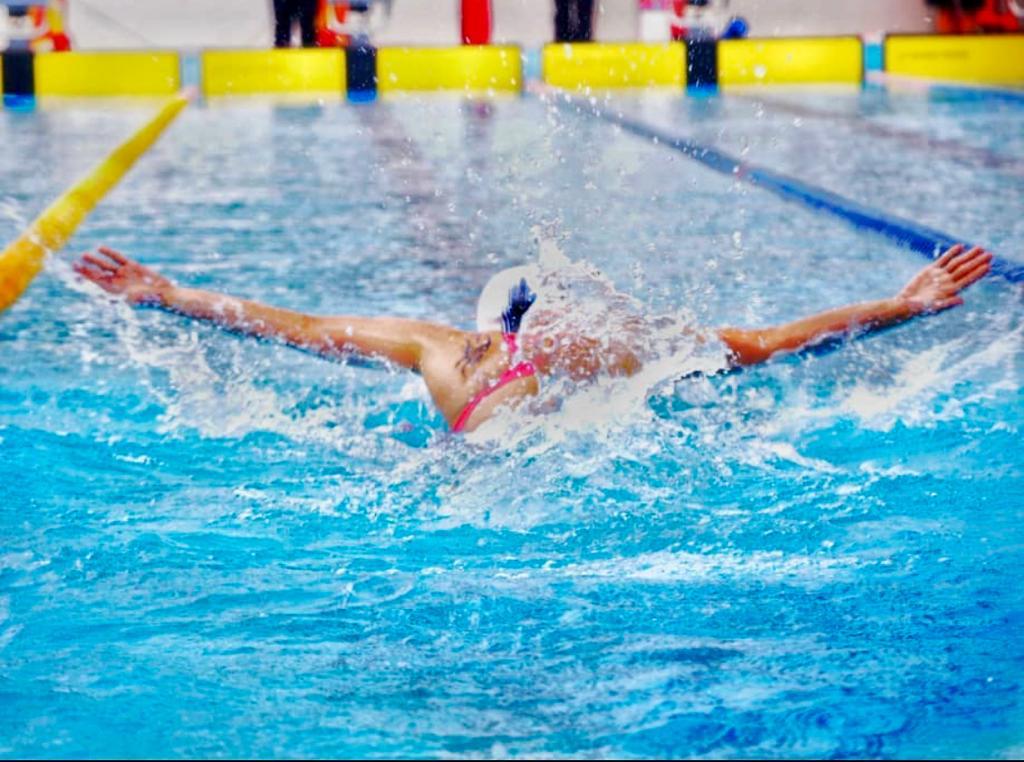 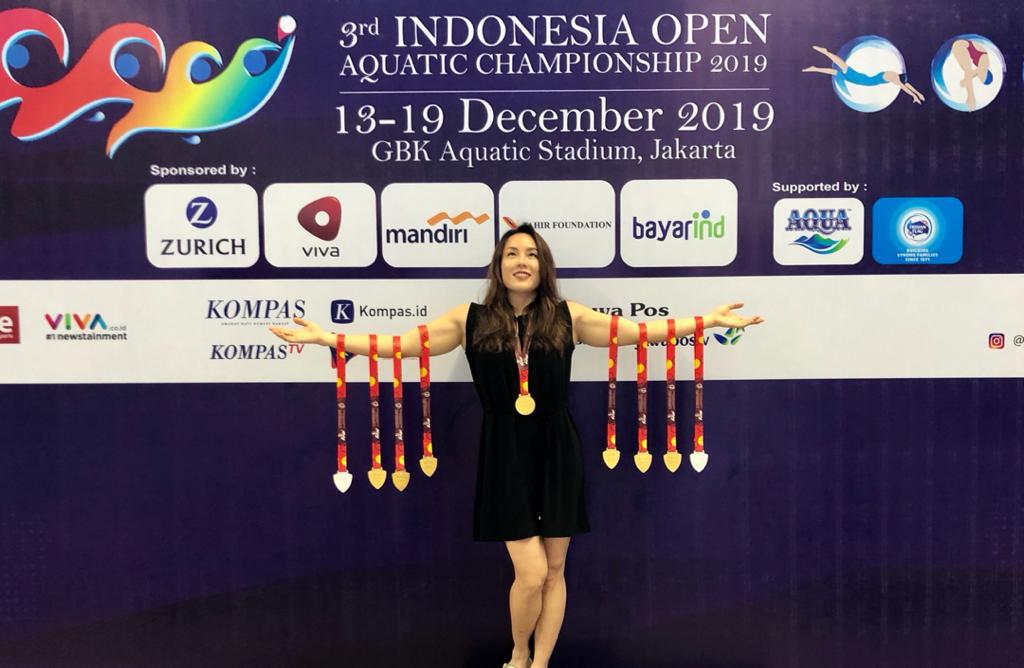 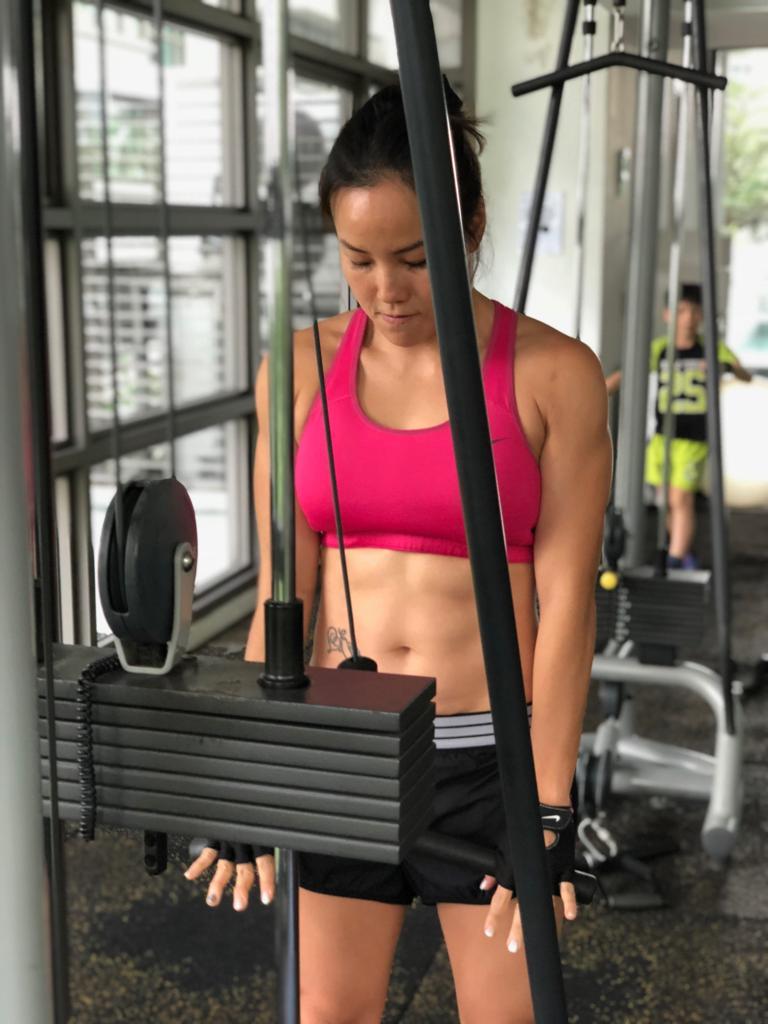 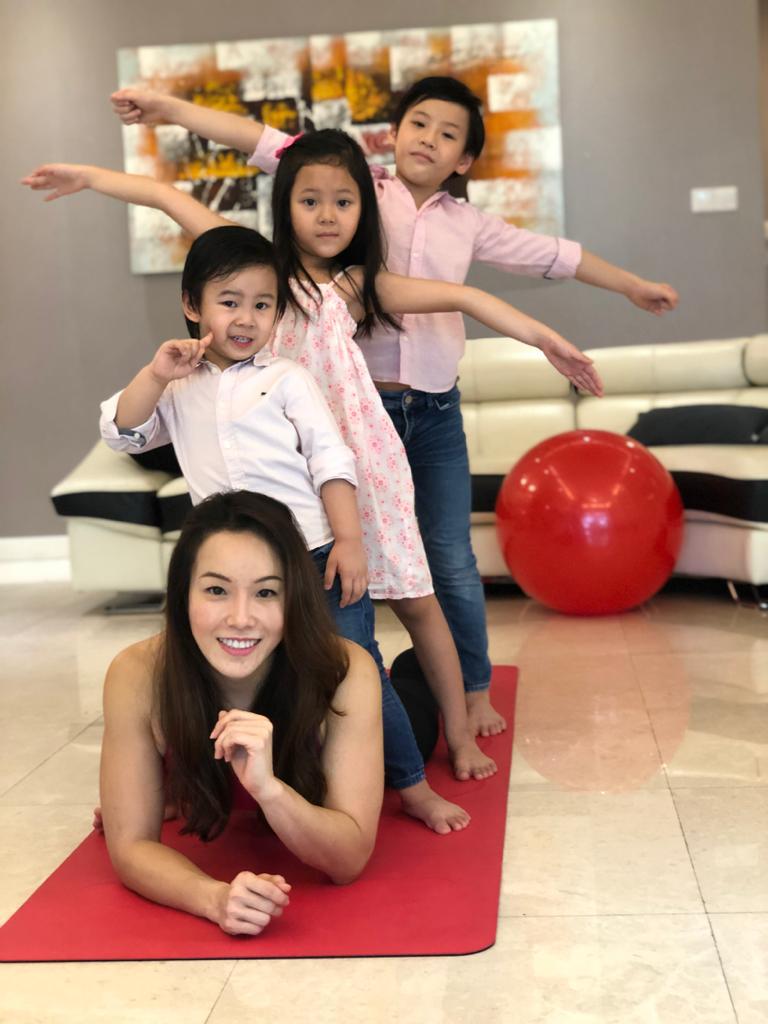 Mastery – If someone has a mastery of something, they are extremely skilled at it. In this series, we learn by unlocking the secrets of contemporary masters, from sports people, writers, singers, explorers, artists, and scientists to musicians.

At a time when others have hung up their goggles for good, butterfly queen Cindy Ong Pik Yin continues to make waves in the international swimming arena.

A swimming prodigy who started competing at the tender age of five, Cindy is showing no signs of slowing down. In fact, at 37, an age when most of her peers have given up swimming competitively, Cindy keeps hauling in the medals and breaking records.

To learn how Cindy became the “Butterfly Queen” as she is affectionately known among swimming circles and sporting enthusiasts, we should first go back to where it all started – her hometown of Ipoh.

“I learned to swim at the age of five and it didn’t take me very long to learn all four strokes. I guess I learned them all in three to four months and then started competing shortly after.

“Back in January 1989, I was five-and-a-half when I competed for the first time in the Ipoh Swimming Club Gala. The pool was 30m-long back then and I broke the one-lap 30m butterfly record, which stood until the pool was demolished a few years ago,” Cindy related.

The crowd went wild when the young girl completed her lap but then, Cindy as innocent as she was, was merely puzzled by all the fuss.

“When I touched the wall, I saw everybody clapping. My coach was clapping. My dad was literally jumping up and down. I didn’t understand it.

“I thought ‘wow’ to myself that so many people were cheering for me because I won. And then when I finally met up with my dad, he said, ‘You broke a record, you broke a record!’

“And I thought I broke something. I thought I was in trouble. But they were so happy, I didn’t understand what breaking a record meant until much later on as I grew older.

“Till today, I still feel elated whenever I’m the first to touch the wall. The feeling is always there. The bigger the competition, the more intense it is,” she added.

For Cindy, who comes from a family of swimmers, it was never a question of whether she would learn how to swim but rather how far she would go in the sport.

Her elder brother, Allen Ong, is a Malaysian former swimmer and two-time Olympian as was her aunt, Ong Mei Lin, who was one of Malaysia’s first female swimmers to represent the country in the 1972 Summer Olympics.

“My dad and another aunt were also school swimmers while an uncle represented the state. I think that is why my parents let me swim at an early age.

“Training at a young age, I’d have to say I was rather lazy. I’d always try my ways to get away with not going for training while my father never really pushed me. I swam maybe three or four times a week.

“The push started when I was 12 but it was more of an internal push. When I broke my first national age group record in 1996, becoming the fastest 12-year-old in the country in the history of swimming in Malaysia, I found my intrinsic motivation.

“When I knew the magnitude of that, I was like ‘wow, that’s cool!’. I’m the fastest in the history of Malaysia and when that finally digested, I had more motivation to train harder on my own,” said Cindy.

A transformed Cindy would diligently train five days a week after that – practising swimming drills, bettering her strokes and putting in lots of speed work.

At 15, she was drafted to the national team at the National Aquatic Centre Bukit Jalil but an overtrained and overworked Cindy, who trained up to 10km a day, left after eight months due to unfavourable living and schooling conditions.

“I returned to Ipoh and trained under my former coach, putting in about seven to eight sessions of swimming a week. I still trained while sitting for my SPM exams. I’d swim in the mornings before sitting for my papers with my hair still wet,” said Cindy who would later go on to complete her Bachelor of Arts (Hons) in Psychology & Sociology at Drury University in the United States on a Drury Academic Honor Scholarship.

“When I was in Form Five, I got a call one day from a stranger and I thought to myself, ‘oh what did I do now?’ It turned out to be my future coach calling from the United States. He called to offer me a full ride to the United States on what I would estimate to be a RM500,000 no-strings-attached scholarship,” she added.

As soon as she finished her SPM, Cindy flew straight to the United States where she started university mid-term in January.

“The term started in August and so I had to do a little bit of catch up but it worked out. I got my degree in three-and-a-half years instead of four.

“Training in the United States, I had some sort of a culture shock. It was so different from what I’ve been accustomed to back in small town Ipoh, Malaysia.

“We trained ten sessions a week, on which Saturdays was a five-hour session involving dry land exercises, sit ups, push-ups, running up and down, and jumps for an hour; followed by an hour at the gym; and then swimming for three hours,” said Cindy, who remembers the training to be physically taxing but worth every effort.

Cindy returned home just shy of 19 and competed in the 2004 Sukma Games, this time winning six gold medals and was awarded the Best Sportswoman Award. She also qualified for four events in the 2004 Summer Olympics but did not compete due to a chronic shoulder injury, which persists till today.

Feeling burned out as most swimmers do, Cindy eventually took a hiatus from swimming for about ten years and had 3 kids.

“It was a relief. After so many years of swimming, I didn’t want anything to do with the water anymore. But after a while, you miss it because it was part of your life, you grew up with it and it is so deep-rooted.

“After the birth of my second child, I was overweight. I couldn’t even fit into my clothes and it was a wakeup call. I did the only thing I knew, which was swimming.

“I started swimming, started losing weight and one thing led to another. I started signing up for races because I know that signing up for a race even when I’m not ready motivates me to get ready.

“My first race was in Singapore and when I competed, I said to myself ‘oh, I think I still have it’,” said Cindy, who hasn’t looked back since.

So determined is Cindy to excel in her sport that she even competed at eight months pregnant with her third child and clinched a silver at the Malaysia Masters Speedo International Championship. Seven months following the delivery of her baby boy, she competed among 9,000 participants in the 2017 FINA World Masters Championships in Budapest, Hungary, placing fifth in the 100m Freestyle event.

“Swimming has moulded my life in more ways than I think I know. I hope I’ll never have to stop swimming. I want to swim for as long as I can.”

arena – a place or scene of activity

prodigy – a young person with exceptional qualities or abilities

peers – a person of the same age or ability

haul in – to obtain a lot of

circle – a group of people with a shared profession or interest

demolish – pull or knock down

went wild – to behave in a very excited, uncontrolled way

literally – in a literal manner or sense, exactly

internal – existing within the mind

external – coming or derived from a source outside

magnitude – the extent of something

digest – understand by a period of reflection

diligent – constant in effort to achieve something

drafted – to bring someone into a team

shy of – slightly less than

chronic – persisting for a long time or constantly recurring

hiatus – a pause or break

persist – occur over a prolonged period

burned out – to lose energy and enthusiasm

deep-rooted – so having a persistent influence

excel – to be exceptionally good or proficient

clinch – to win or secure

Cindy Ong’s motivation to succeed in the swimming arena has been a continuous and lifelong effort. While few can be as good as her in swimming, her story inspires us to work that much harder to achieve our dreams and goals in life. Like swimming, mastering English requires time, practise and diligence. At ILTI, we have the best teachers and resources to guide you through in your journey towards mastering English. Find out more about what ILTI can do for you by calling 010-395 3067 or visit ilti.edu.my today.

Ps. Have you been inspired to swim too? Check out our swimming school, Aqua Labz, on the same campus. More information here.