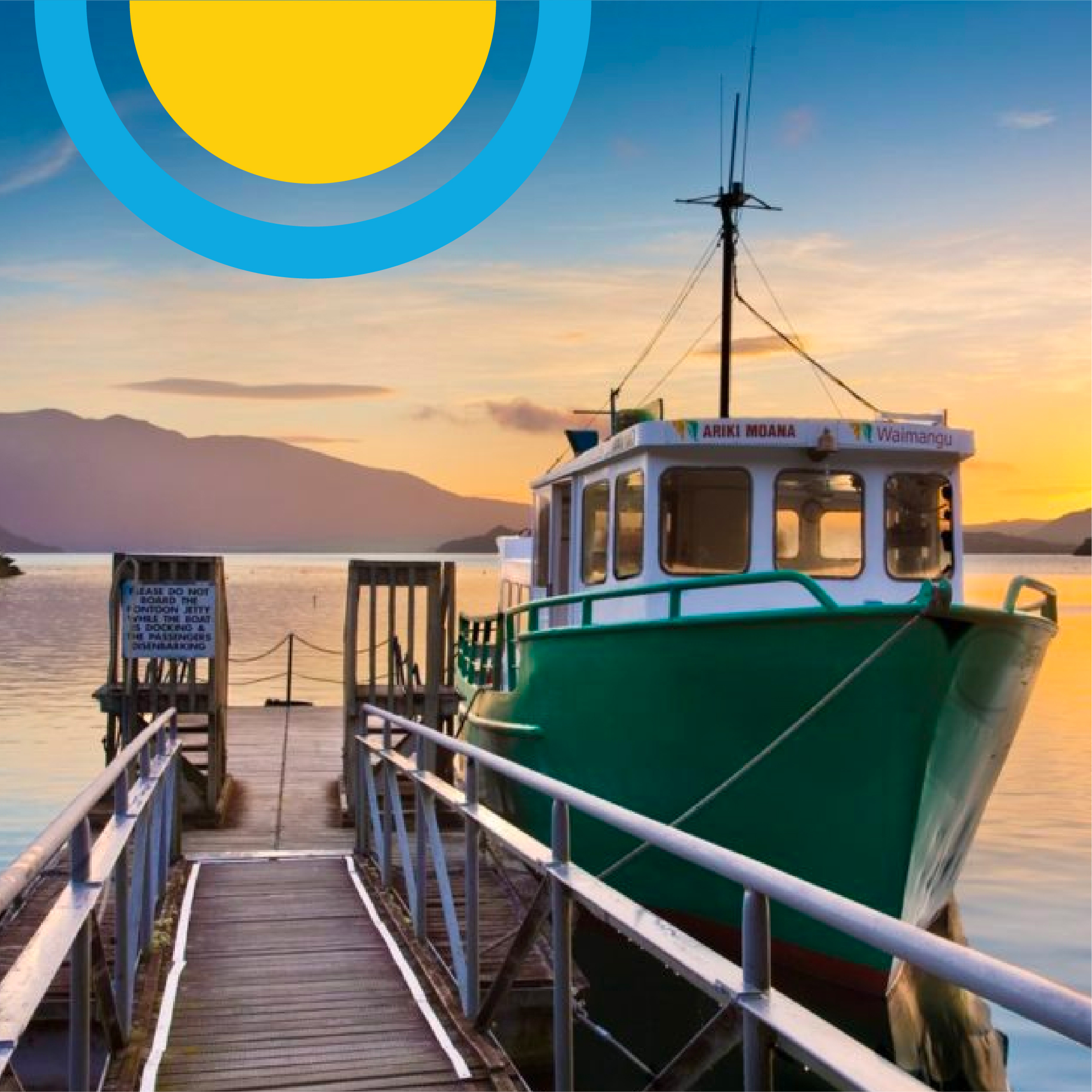 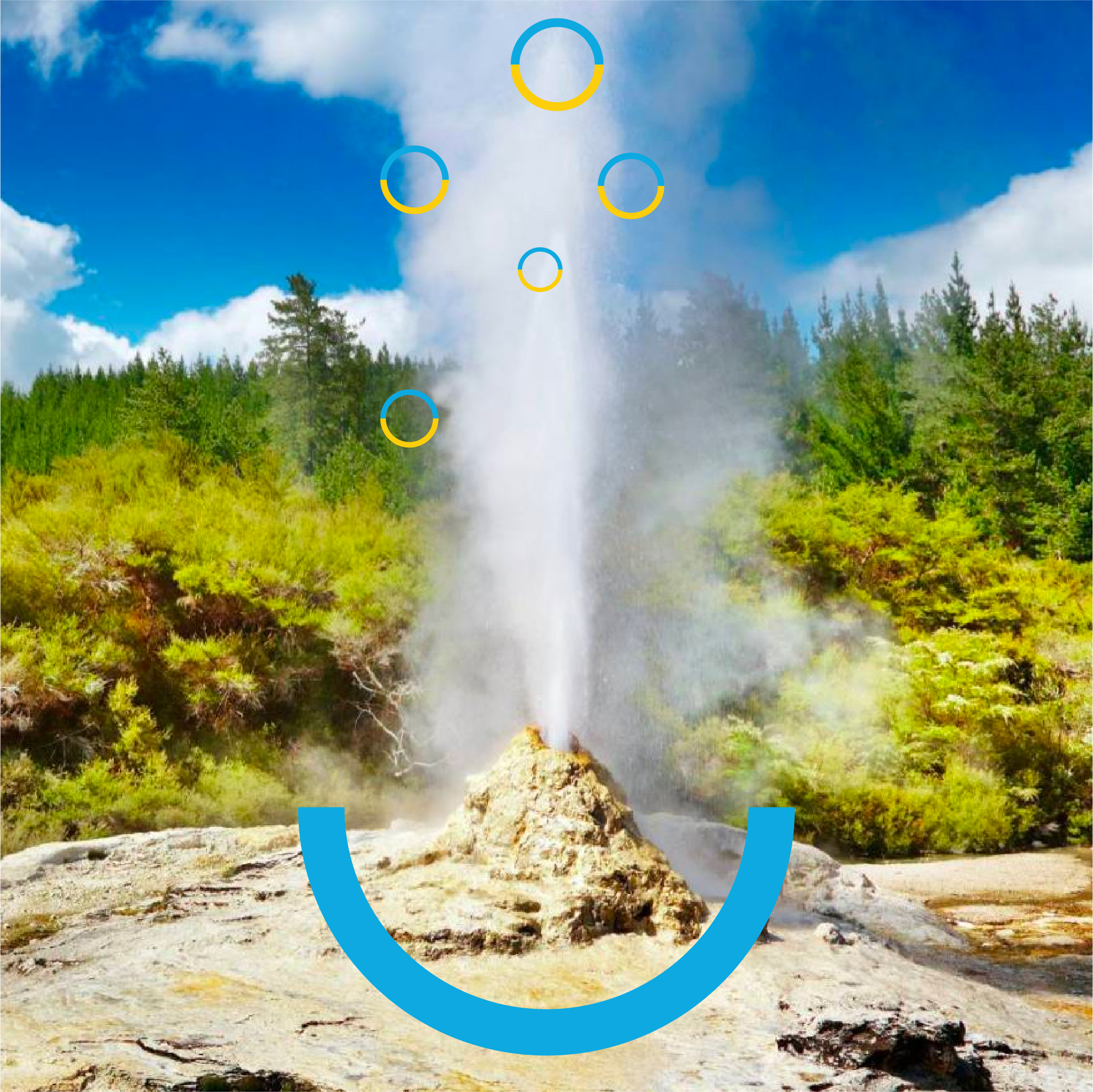 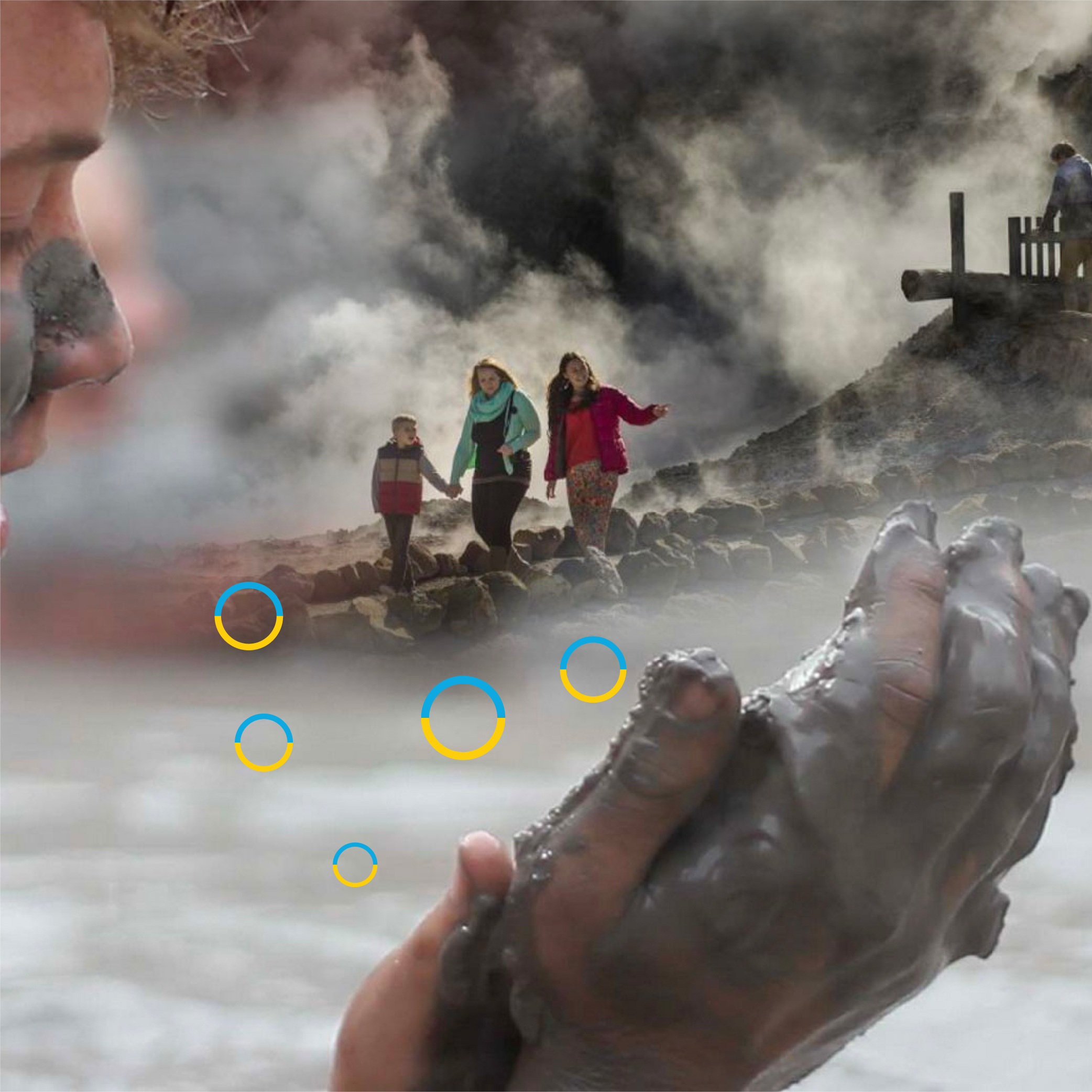 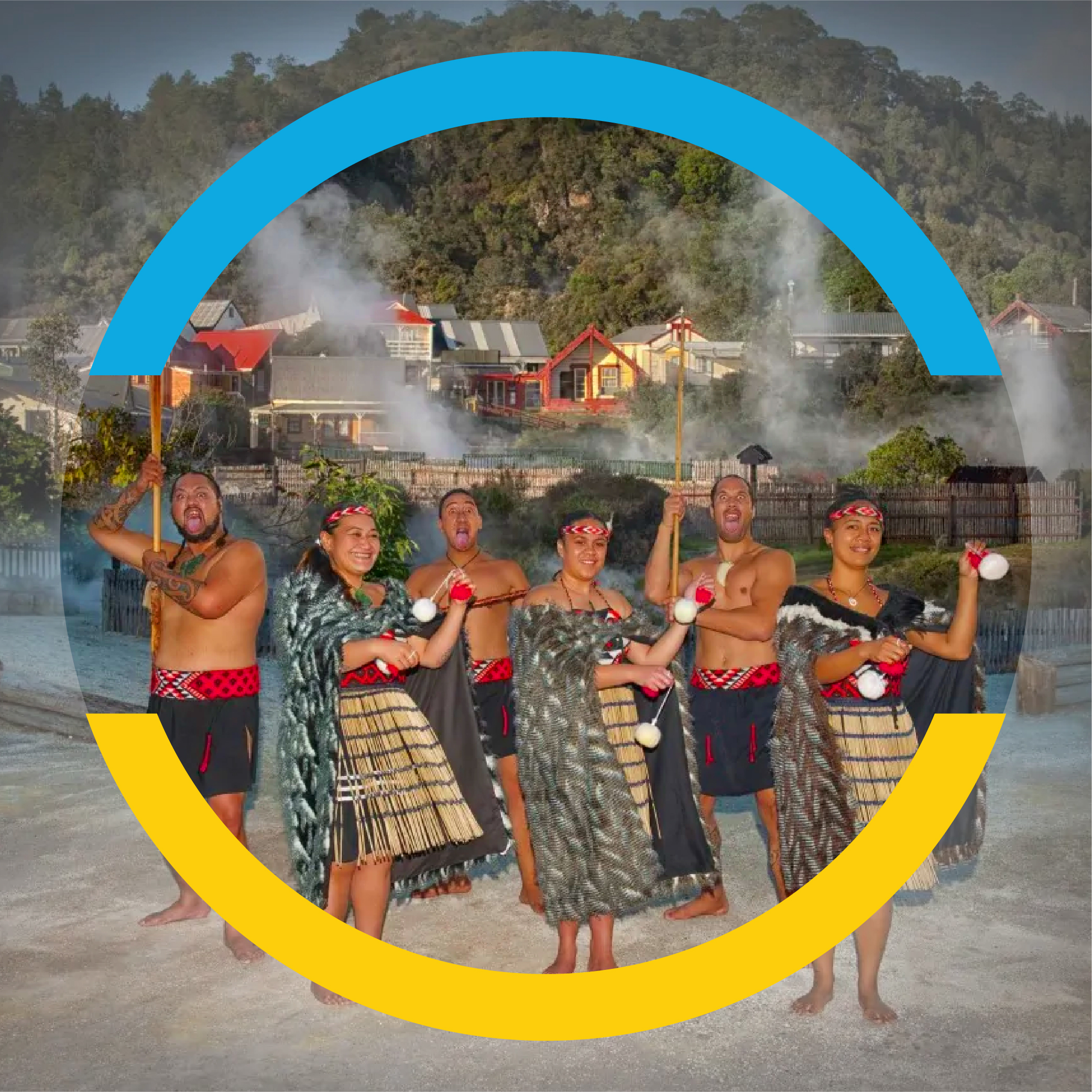 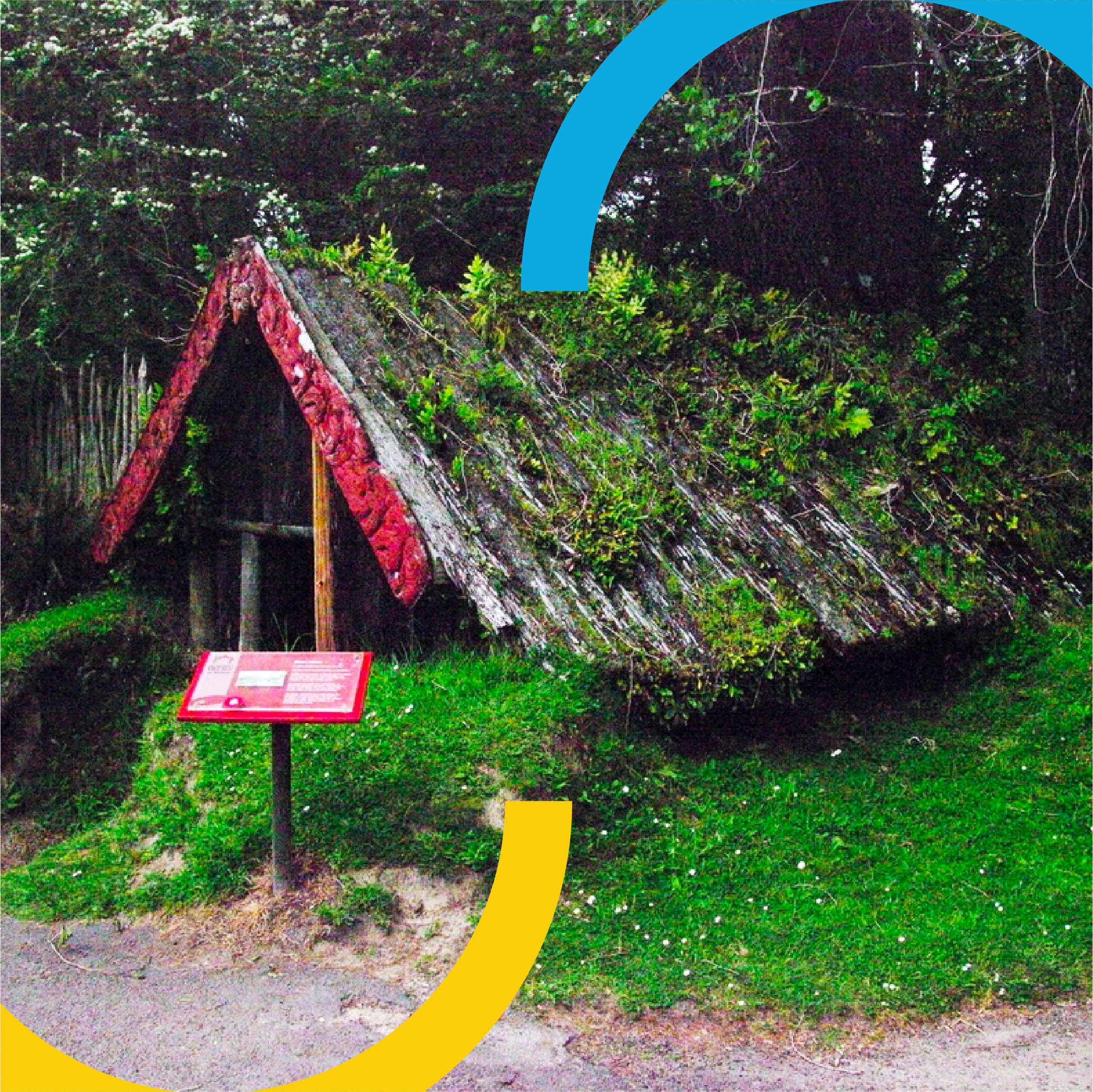 The quest to improve your English is very much like a journey. Getting to your destination takes time. While a smooth ride is no guarantee, we must learn to enjoy the journey, taking in the sights and sounds along the way. This week, our journey to learn new words and phrases in English takes us to New Zealand’s Rotorua. Are you ready to get another stamp on your language passport?

A city in North Island named after a lake, Rotorua is renowned for its bubbling mud pools, shooting geysers and natural hot springs. Besides being the heart of New Zealand’s geothermal attractions, Rotorua is also distinctively known for its fascinating Maori culture.

Waimangu Volcanic Valley is like a scene out of a National Geographic special with its seething mud and steaming silica terraces. Most of us have never seen smoke-filled craters in real life, let alone curious-looking acid-yellow and lime-green terraces. Admire all these safely from a distance through a series of walkways, which meander all the way to the shore of Lake Rotomahana. At the shore, boats are available to take you across the site of the famed pink and white terraces, destroyed when Mount Tarawera erupted in 1886. The highlight of the tour is the inferno crater with its huge geyser billowing into action.

Wai-O-Tapu is home to the Lady Knox geyser, which erupts at 10.15am every morning, shooting water up to 20m in the air. This colourful area is alive with volcanic activity – bubbling mud pools formed by a collapsed mud volcano, water pools tinted fluorescent green, and steaming terraces in shades of bright yellow and lurid orange.

At Te Puia, the Pohutu Geyser, Southern Hemisphere’s largest geyser, sprays water up to 30m in the air in eruptions that can last for days on end. Its longest record was 250 days! Nearby, Te Tohu is another active geyser, which also has regular though smaller, eruptions. The park also has a kiwi house where you can see New Zealand nocturnal national bird up close, which is otherwise elusive. Watch masters and students work on traditional wood and bone carvings at the New Zealand Maori Arts and Crafts Institute.

Boasting the Southern Hemisphere’s hottest waterfall and some of the most active and violent bubbling hot mud you’ll ever see, Hells Gate Geothermal Park surely lives up to its name. The 50-acre park also encompasses the Kakahi Falls once used for bathing by Maori warriors. Chill out and have a spa day by soaking in mud baths and sulfurous hot springs at the neighbouring Hells Gate spa facilities.

Amid all the geothermal attractions in Rotorua is Whakarewarewa, a living Maori Village where the Tuhourangi Ngati Wahiao tribes people welcome and share with you their unique culture and heritage. Guided tours of the village include a performance of the Haka – a ceremonial Maori dance or challenge typically representing a display of a tribe’s pride, strength and unity; and traditional Maori songs by the Te Pakira cultural group. Also watch how the Maori people live on a daily basis using natural geothermal resources to cook, bathe and heat their homes as they have done for centuries.

Te Wairoa was established in 1848 by a Christian missionary and envisioned as a model Maori village to cater to the many foreign visitors arriving to see the famed pink and white terraces of Lake Rotomahana. But that proved to be short-lived for on June 10, 1886, Mount Tarawera erupted, followed by Lake Rotomahana exploding, obliterating Te Wairoa and the terraces, which until then was known as the eighth wonder of the world. Archaeological excavations carried out in the 1930s revealed the floorplans of the original buildings. Items recovered from the buried village are displayed at an on-site museum, which also contains a detailed geological exhibit of the pink and white terraces that now lie under Lake Rotomahana. There is also a walking trail leading from the site to Wairere Falls.

marvel – be filled with wonder or astonishment

quest – search for something

to be the heart of something – to be important

distinctively – in a way that distinguishes it from others

seething – moving in a rapid or hectic way

billowing – moving or flowing outwards with an undulating motion

erupt – break out suddenly and dramatically

elusive – difficult to find or catch

delve – search for something

unique – unlike anything else

envision – imagine as a future possibility

short-lived – lasting only a short time

detailed – having many details or facts

Go places with your English. Speak and write with confidence regardless of who your audience are. At ILTI, there is room for students of every level to learn, improve and master English. Come speak to us and find out more about our Cambridge English programmes by visiting ilti.edu.my or calling 010-395 3067 today.